Symbols used to protect against evil and bring good luck The Eye of Horus was a symbol that was used by Ancient Egyptians. Horus was the son of Isis. He was conceived after the goddess Isis’ husband Osiris was killed by Set, the brother is Isis. Isis fled with Horus and later Horus battled with Set to determine the fate of Egypt. In one of those battles, Horus lost his eye. When Horus recovered his eye he offered it to Osiris, who was not in charge of the underworld, for his life. The Eye of Horus symbolizes healing, sacrifice, restoration, and protection. Amulets for funerals were made in the shape of the Eye of Horus to guard the dead in the afterlife. One Eye of Horus was found on a bracelet worn by the mummy Shoshenq II. Sailors have painted the Eye of Horus on their boat to help with safe crossings and travels. This all seeing eye is a powerful protective symbol today.

The triquetra symbol was originally found in the Pagan Celtic culture. It represents the triple goddess and later in Christianity the Holy Trinity. It is a rune of protection. It is also a symbol of the Norse god Odin. This is a powerful protective symbol with the power of three behind it that can be engraved on or made into a protective amulet or talisman.

The turtle is a powerful protection symbol from North American natives. It has multiple meanings throughout different tribes but is always considered a protective element. The turtle represents mother earth and longevity. The turtle was thought to have helped in the creation of the world. According to Hindu myth, the turtle supports the world. The turtle symbolizes protection from above and all-encompassing protection of mother earth.

Inanna’s knot is a symbol of the ancient Mesopotamian goddess Inanna. Inanna was known as the Queen of Heaven and the knot was one of her symbols. Inanna’s knot was pictured on the top of the staff and was a knot of reeds. She was the goddess of warfare and sexuality. Inanna’s knot represents the power of creation. This symbol is found on protective amulets and talisman.
Dreamcatcher – The Native Americans believed the dreamcatcher to be a powerful protective symbol. The dreamcatcher catches good dreams and passes them to the dreamer. It keeps bad dreams and spells away from the user. This protective symbol can be found on necklaces, earrings, and amulets.

The scarab was a symbol of protection in Ancient Egypt. People believed the scarab, or dung beetle was brought to life. The dung beetle would roll a ball of dung that carried its young. When the larvae burst forth from the dung ball Ancient Egyptians believed the beetle was miraculously created. The scarab can be found on ancient tombs to protect the dead on their travels to the underworld and was worn as a protective symbol in Ancient Egypt. It is still worn as a protective symbol today.

In ancient Egypt, the knife was a symbol of protection and strength. The preferred ritual knife was the ancient flint knife – des. Knives appear frequently in representations of the Egyptian otherworld. They are used in slaying the enemies of the deceased and smoothing the passage through the land of the dead. Several protective deities, such as Bes and Taweret were often shown armed with knives. Guardians of the gates of the underworld were also shown bearing knives. 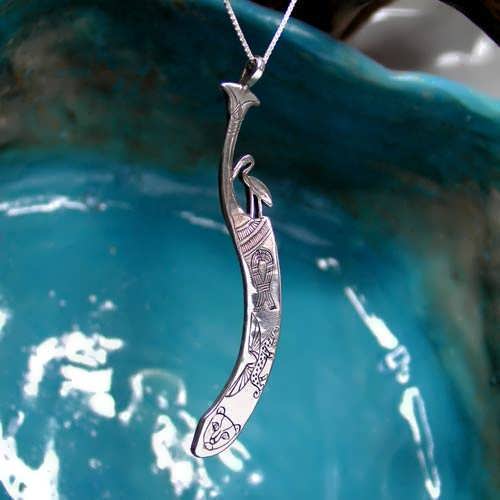 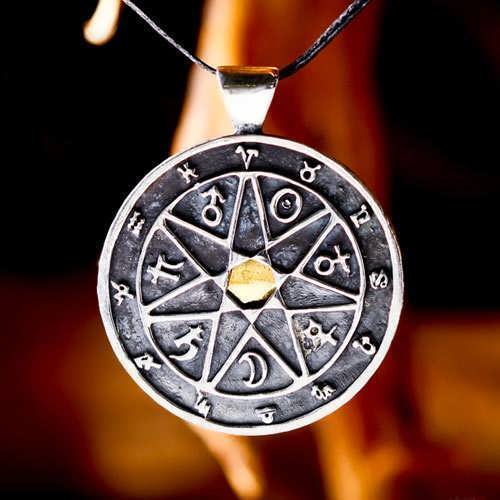