The word Merkaba is actually composed of three separate words: Mer, which means light, Ka, which means spirit and Ba, which means Body. Put together, these three words connote the union of spirit with the body, surrounded by light. The symbol, which takes the shape of a star, is believed to be a divine vehicle made entirely of light and designed to transport or connect the spirit and body to higher realms. Ancient Jewish texts reveal that the word is also the Hebrew for a chariot, and the Bible reveals that the word Merkaba itself is found in the Old Testament a total of 44 times.

It is said that the symbol is composed of two-star tetrahedrons, which consists of counter-rotating fields of light and energy that surrounds each person. This energy extends beyond the body. Some believe that even planets have this Merkaba energy field around it.

Used in meditation, the Merkaba can become a source of power and enlightenment. It can help a person realize his full potential and connect with the goodness in him, as well as the higher being. This field of light, love, and goodwill can also extend to others, thereby enveloping them in the same healing energy. The Merkaba can also be used to transcend to other dimensions and realities. 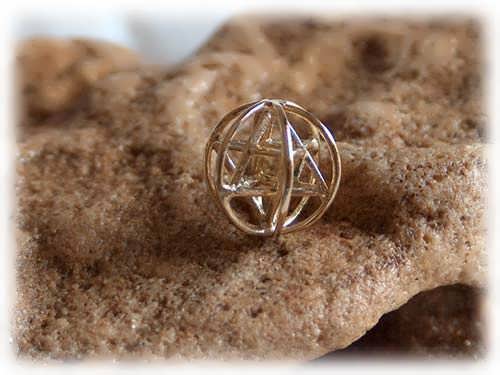