Originating from the Latin infinitas which means “unboundedness”, infinity is the concept of endlessness or limitlessness most widely tackled in the fields of mathematics and physics.

The very first person known to have written about the concept of infinity was Archimedes, more than 2300 years ago. His writings were found buried under some paintings and prayers which were written on top of his and were only discovered recently thanks to a very powerful scanner that uses hair-thin X-rays (Synchrotron Radiation Lightsource). Up until the discovery of his work, it was widely accepted that Galileo was the first scientist to bounce around the idea in his head.

The person who actually introduced the infinity symbol was John Wallis in 1655. This symbol is sometimes called the Lemniscate. It is a symbol that evolved a little bit from the Etruscan numeral for 1000 which looked like 2 letter Cs facing each other with an “I” in the middle (CIƆ). There is another theory that he actually derived the infinity symbol from omega (ω), the last letter of the Greek alphabet.

The Ouroboros symbol which is that of a snake twisted into a horizontal figure 8 and biting its own tail is also said to be a most plausible basis for the infinity symbol because it is a fitting depiction of endlessness. 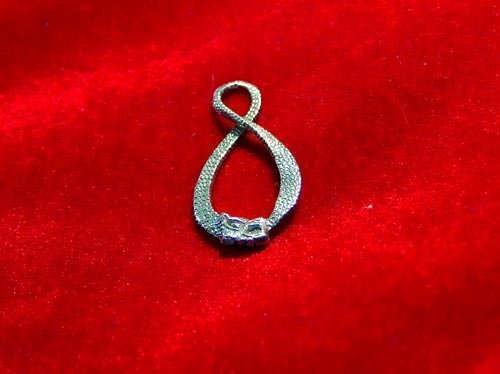