This symbol is composed of nine interlocking triangles that radiate outwards from the center or bind point. This central point is considered the meeting place or junction between the physical world and the spiritual world or the unmanifest source. Of the nine triangles, four points to the sky and is believed to be symbols for Shiva (the masculine), while the five pointing downwards represent Shakti (or the feminine). Because of this, the Sri Yantra is believed to be a strong symbol for the union of the masculine and the feminine divine.

The word ‘yantra’ means ‘instrument’ and this is exactly what this symbol is: an instrument or powerful tool for intense meditation, prayer or concentration to allow one to achieve a higher level of consciousness. The Sri Yantra acts as a focusing point, with an inner and outer doorway that can lead one to commune with different deities through various levels or force centers in the universe. 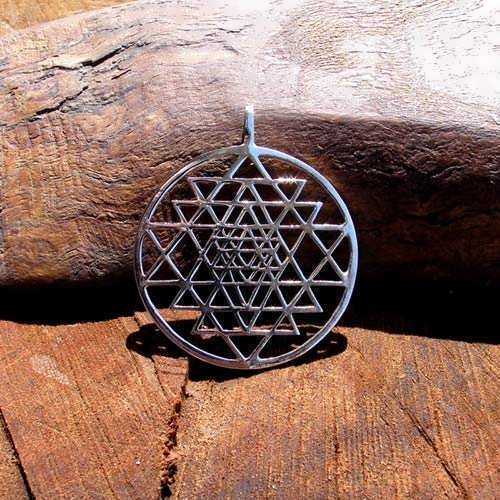