This mystical symbol can be found in almost all major religions in the entire world. The Flower of Life is said to be over 6,000 years old and is composed of several concentric, equal, overlapping circles. It is said to contain vital information on the secrets of the universe and all living things. The earliest record of this symbol was said to be found on the alabaster steps that were once parts of the palace of King Ashurbanipal and has been dated to 645 BC. 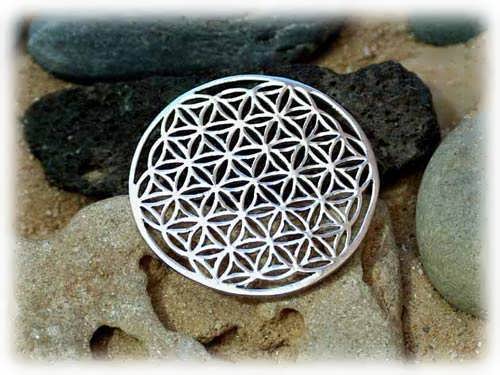 It is believed that there is a secret symbol embedded within the Flower of Life. This symbol is said to hold the most important and most sacred patterns of the universe and is the harbinger of all life and existence—from molecules and atoms to planets and galaxies. Several other sacred geometry symbols that can be taken from the Flower of Life are the Tube Torus, the Egg of Life, the Tripod of Life and the Vesica Pisces, among others.

Taken from – Flower of life article at Ka gold jewelry