Derived from the Sanskrit language, the term ‘Mandala‘ is loosely translated into ‘circle’. However, it refers to not just the simple round shape but symbolizes unity, eternity, wholeness and perfection. The Mandala symbol is an important ritual and spiritual symbol of the Hindus and Buddhists denoting the Universe and the concept of never-ending life. It has a concentric structure and in its basic form, is shown as a square having four gates and containing a circle.

The Mandala can be considered a cosmic diagram that depicts the integrated organizational structure of life that is now accepted by almost all cultures and religions in the world. It emphasizes our relation to the world that exists both within and beyond our mind and body. It describes the material as well as non-material realities and appears in every aspect of life, including the celestial circles such as the sun, moon and earth; and the conceptual circles of family, friends, and community.

There are different forms of Mandalas, group or individual, all having unique concepts, meanings, and purposes that range from meditation to medicine. As a symbol of cosmic and psychic order, the meditation Mandala acts as a tool facilitating our spiritual journey and taking us towards enlightenment. It symbolizes a sacred area where the deities and the universal forces reside. An observer contemplating on the Mandala mentally enters it, proceeds to its center and gets symbolically guided to the essence of life and reality through the vast cosmos.

Thus the Mandala serves as a hypnotic; its visually appealing design absorbs the observer’s mind, ceases all thoughts and brings about spiritual or philosophical awakening, leading to higher consciousness. 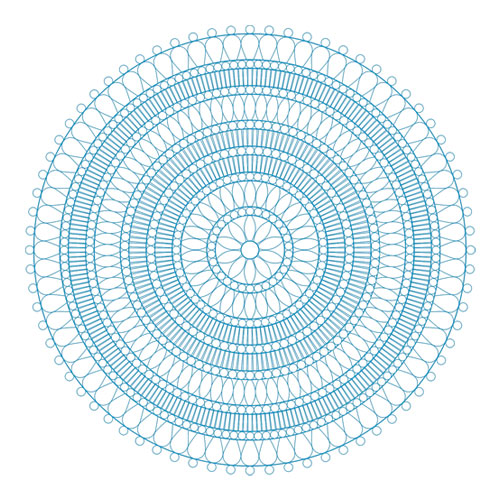