An important Chinese symbol, the Bagua (also called Pa Kua) is an 8-sided shape that is made of 8 trigrams. It has the taiji or yin and yang symbol at the center and the eight trigrams are arranged around it to complete the octagonal figure.

‘Ba’ means eight and ‘gua’ means areas or sections; collectively Bagua refers to a group of eight symbols that have specific meaning in the Chinese philosophy. The eight symbols or trigrams are each made of a combination of three lines that are either unbroken or broken. The unbroken line represents the male ‘yang’, the creative force of nature, while the broken line denotes the female ‘yin’, which is the receptive force of nature. These trigrams are symbolic of naturally occurring processes and the inter-related basic principles of reality. Each one of these is associated with a particular family member, season, direction, personality trait, animal, etc. 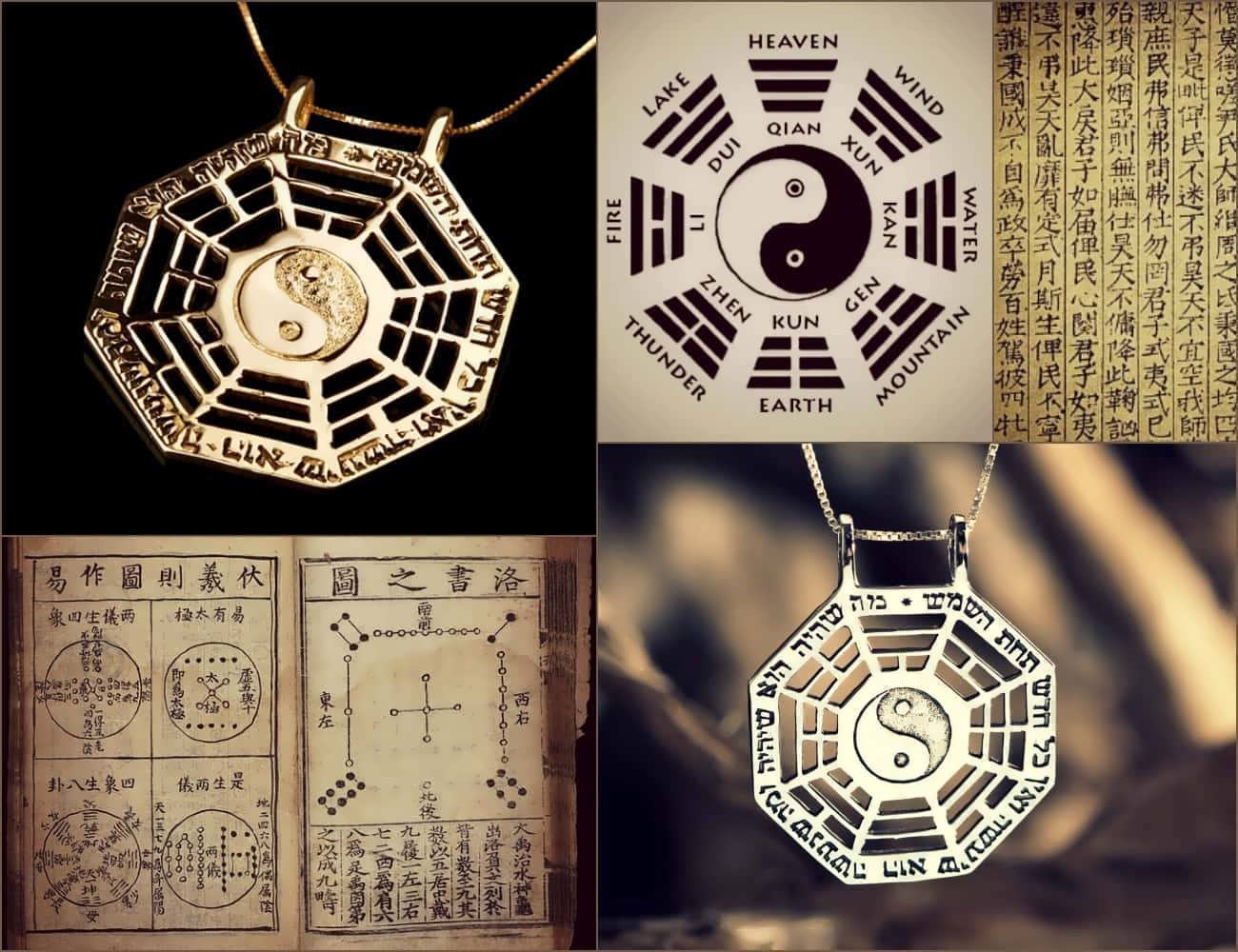 The eight trigrams are Qian (heaven/sky), Kun (earth), Li (fire), Dui (lake/marsh), Kan (water) Zhen (thunder), Xun (wind), and Gen (mountain). The Bagua symbol has two variations, depending on the arrangement of the trigrams. One is the Early Heaven arrangement believed to have been developed by Fuxi and the organization of trigrams in it represents balancing of opposing forces. The other is the Later Heaven arrangement put forth by the scholar King Wen of the Zhou dynasty. It is based on the cyclic and eternal nature of this world and is symbolic of achieving balance and acquiring energies by accepting changes brought about by the passage of time. The Bagua symbol is also a traditional Feng Shui tool. The Later Heaven arrangement is used as a map for analyzing, structuring and adjusting the different spaces or emotional and physical aspects of life to activate the positive chi energy and attain stability and happiness.