The concept of Yin and Yang has its roots in ancient Chinese philosophy. The Yin-Yang is the most prominent Taoist symbol, also often called the Taiji. The symbol is composed of an outer circle enclosing 2 teardrop-shaped halves wrapped around each other. One half is black with a small white dot at its center, and the other half is white with a small black dot at its center.

The outer circle represents Tao, the source of all existence and that which unifies all. The black half is the Yin-qi or the fundamental feminine energy. The white half is the Yan-qi or the fundamental masculine energy. The way they are wrapped around each other suggests a fluid continuous movement or constant interplay which gives birth to everything in the world as we know it. The Yin and Yang although polar opposites constantly transform into one another; night becomes day and day gives way to night; birth comes to death and death paves the way for rebirth; hot grows cold and cold warms up to become hot.

The small white dots nestled within each half represent the seed of one within the other, illustrating how they are never totally independent from one another and how they cannot exist without the other. 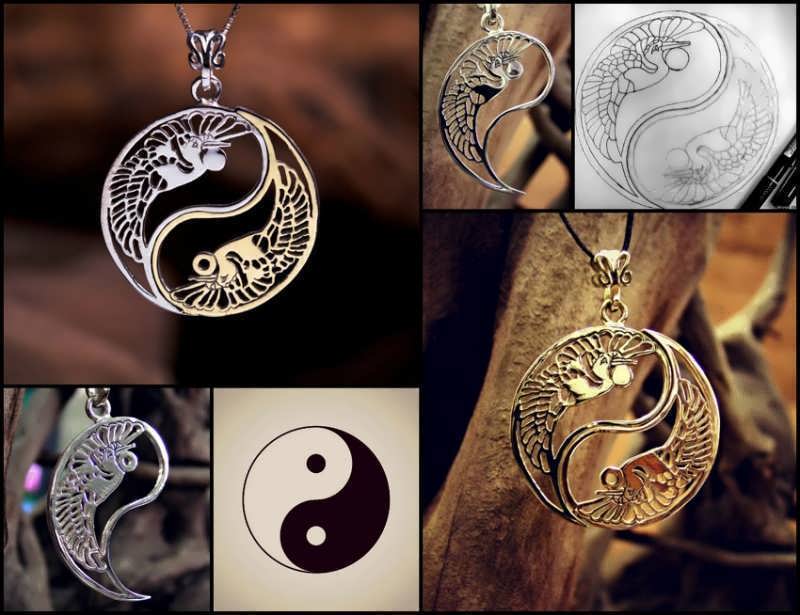