Also known as the Shield of David (or Magen David in Hebrew), this Star of David symbol originated in ancient Jewish tradition. History books record that the earliest uses of this symbol were seen in the form of a hexagram or the joining together of two equilateral triangles. Records say that hexagrams were used as decorative motifs in synagogues as far back as the 3rd to 4th century. A Shield of David symbol was also noted on a Jewish tombstone, dating as far back as the third century CE.

It has been primarily used as symbols of the Jewish religion—many Jews wear Star of David pendants or jewelry and even the flag of Israel has a blue Star of David at the center. But this symbol does have a deeper mystical meaning. Some believe that the six points of the star represent God’s rule over the universe in all directions: north, south, east, west, up and down. Others believe that the two triangles, which point in opposite directions, are symbols of the duality of human nature or the relationship between God and man. 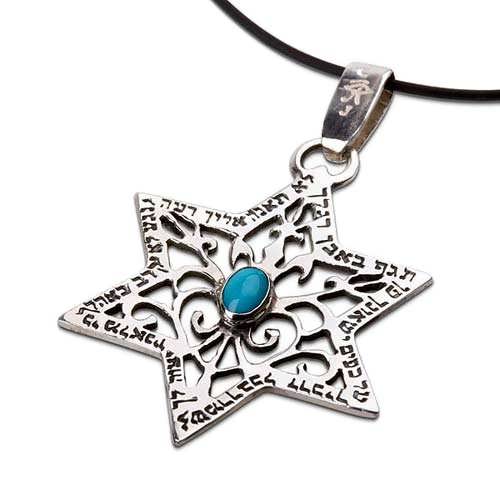