The ancient civilization of Egypt gave birth to numerous powerful symbols that are still used even today, including the beautiful Eye of Horus. With curved lines around a solid iris, this mystical symbol brings protection, royal power, and even good health. It is said that the eye was a symbol for the goddess Wadjet or the Whole One. Records state that Wadjet was believed to have risen from the image of a cobra rising up. Through the years, this goddess has been associated with others such as Bast, Mut, and Hathor. Archeological findings even reveal that the symbol was used in mummies and funerary amulets, to ward off evil and protect kings even in death. It is also believed that the Rx symbol used in the medical profession has its roots based on the Eye of Horus.

A closer look at this symbol reveals that it is made out of six different pieces, which could refer to the six different senses of man: sight, smell, though, hearing, taste, and touch. Complex fractions may be applied to each piece. It is interesting to note that if all pieces were added together, the whole would not amount to 64/64 or 1, but 63/64. Some say that the remaining 1/64 could represent the impossibility of perfection. 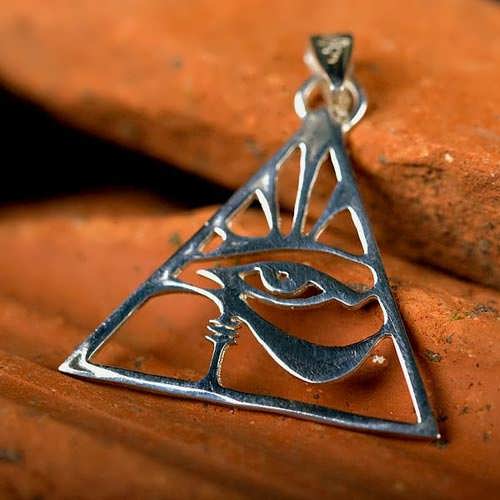 Today, the symbol is still being used to ward off evil and to provide protection against illness and disease.