There have been hundreds of stories, fables, and tales—such as the tale of the minotaur—about labyrinths through the centuries. But the first signs of this complicated, circular maze were found in Minoan palaces, usually accompanying female goddesses. The word ‘labyrinth’ is said to come from the ancient pre-Greek word ‘labrys,’ which means ‘double-edged ax.’ This was considered a symbol of royal power during those times.

History also shows that labyrinths were used to trap bad or evil spirits or as a path used in rituals or dances. It was also used as a symbol of the long and difficult path one must take to commune with God (from the one entrance signifying birth and the center signifying God).

In modern times, many people still use labyrinths in meditation. They walk around the circles to achieve a contemplative state as part of their path to enlightenment. The Labyrinth is also perceived as a sign of wholeness, achieved through the circular and meandering journey around it. Some people see it as the journey one must take within himself to discover his own center or the deep knowledge encoded within him and his DNA. This circular maze also reveals patterns of sacred geometry, which allows the physical world to interconnect with the cosmic order and higher realms of being. 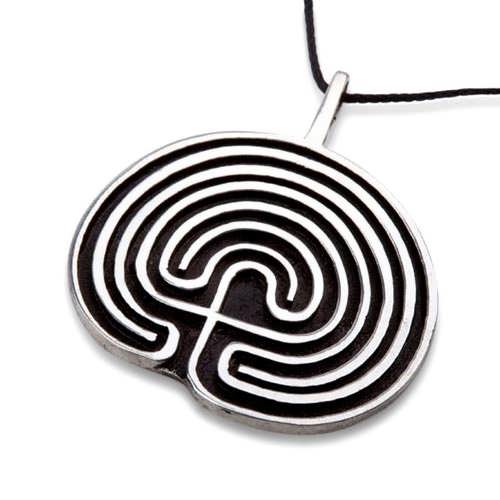