The beautiful Lotus Flower symbol has played an important part in both ancient Egypt religion and in sacred Buddhist teachings. For instance, it played a crucial role in the old story of creation that originated in Heliopolis. It was said that before the universe was created, there was endless stagnant water, which created the being called Nun. A lotus flower emerged from Nun, along with a mound of dry land. When the lotus flower opened, the sun god Atum (or Ra) emerged. It was in the folds of the lotus flower that he returned to every night.

The interesting characteristics of the Lotus flower have made it into an apt symbol for rebirth, creation or detachment (in the Buddhist sense). This flower rises from the depths of muddy waters and opens its lovely pink or white petals during the day, then closes them at night again, only to rise again during daybreak. 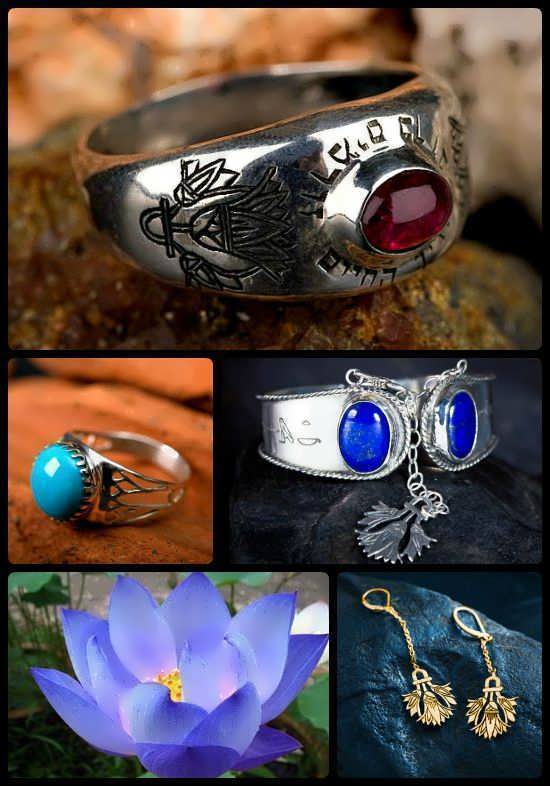 In Buddhism, the Lotus flower has become the symbol of the whole essence of the religion. Because this flower is the only one of its kind that rises about 12 inches above the water, it is said to represent the pure spirit of man, which aims to rise above the muddiness of the world. It is also believed that the teachings of Buddha allow virtues to develop within man, causing him to open up, as the petals of a Lotus flower does.