One of the most beautiful water creatures is the Nautilus, a cephalopod encased in a gorgeous shell, which features the best natural example of a logarithmic spiral. It is also considered as a symbol of strength since this shell can withstand very high pressure. This is why the Nautilus is the only shell that managed to survive past the dinosaur era—the exact reason why it is often referred to as a ‘living fossil.’

The Nautilus is also a symbol of perfection and beauty. After all, it has remained unchanged for centuries. Each chamber of the Nautilus follows the Fibonacci sequence, with the shape of the shell approximating a Phi spiral, which is considered an important aspect of Sacred Geometry. The Nautilus also represents the golden mean: 1.6180339…, which goes on until infinity. 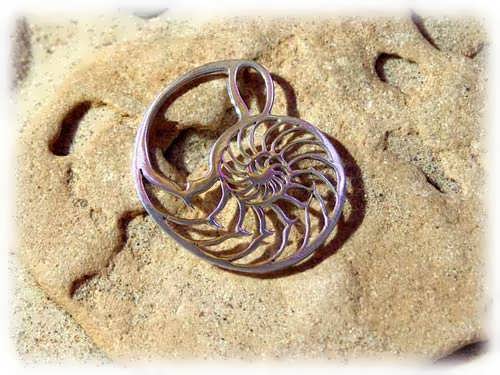